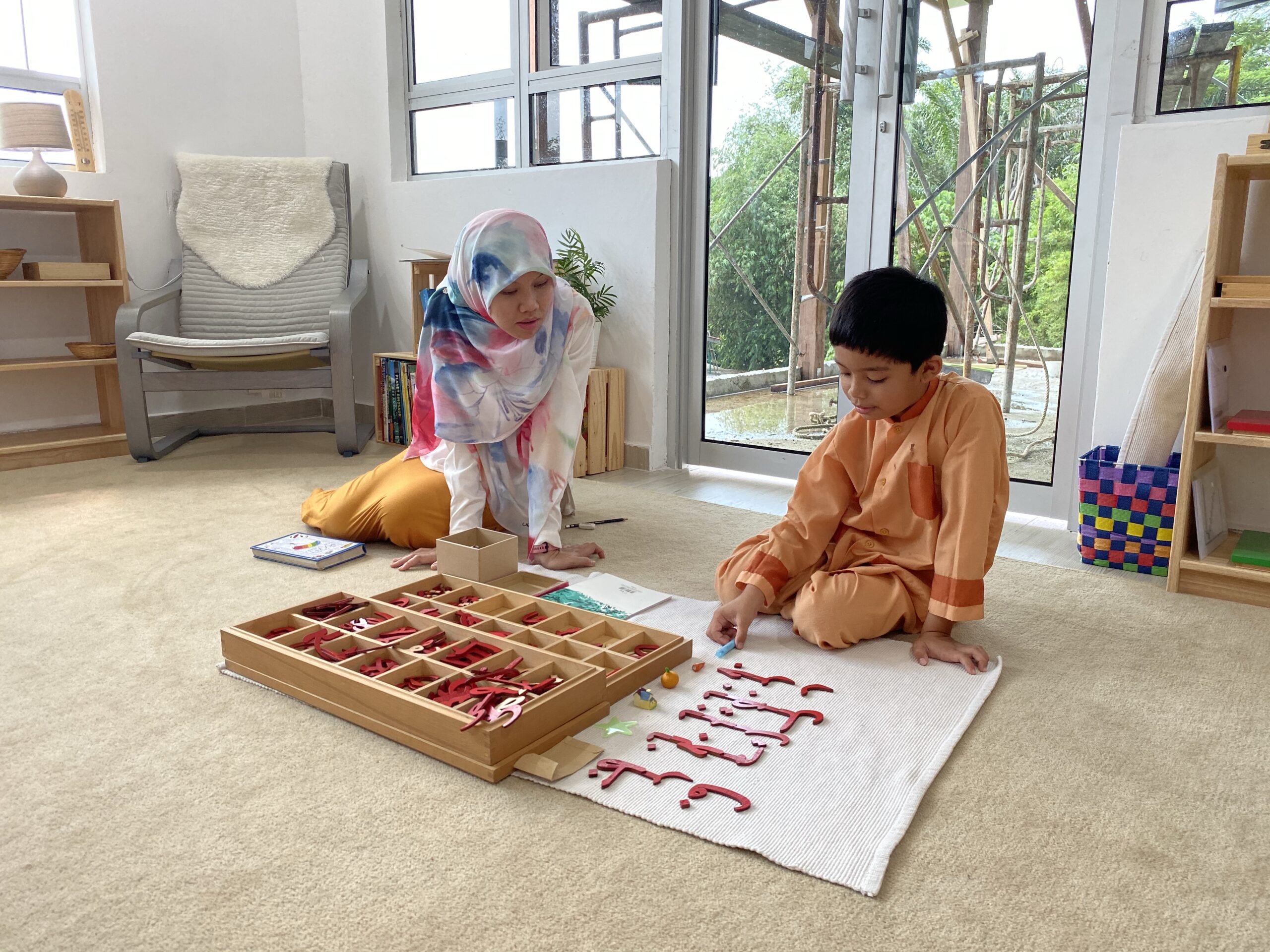 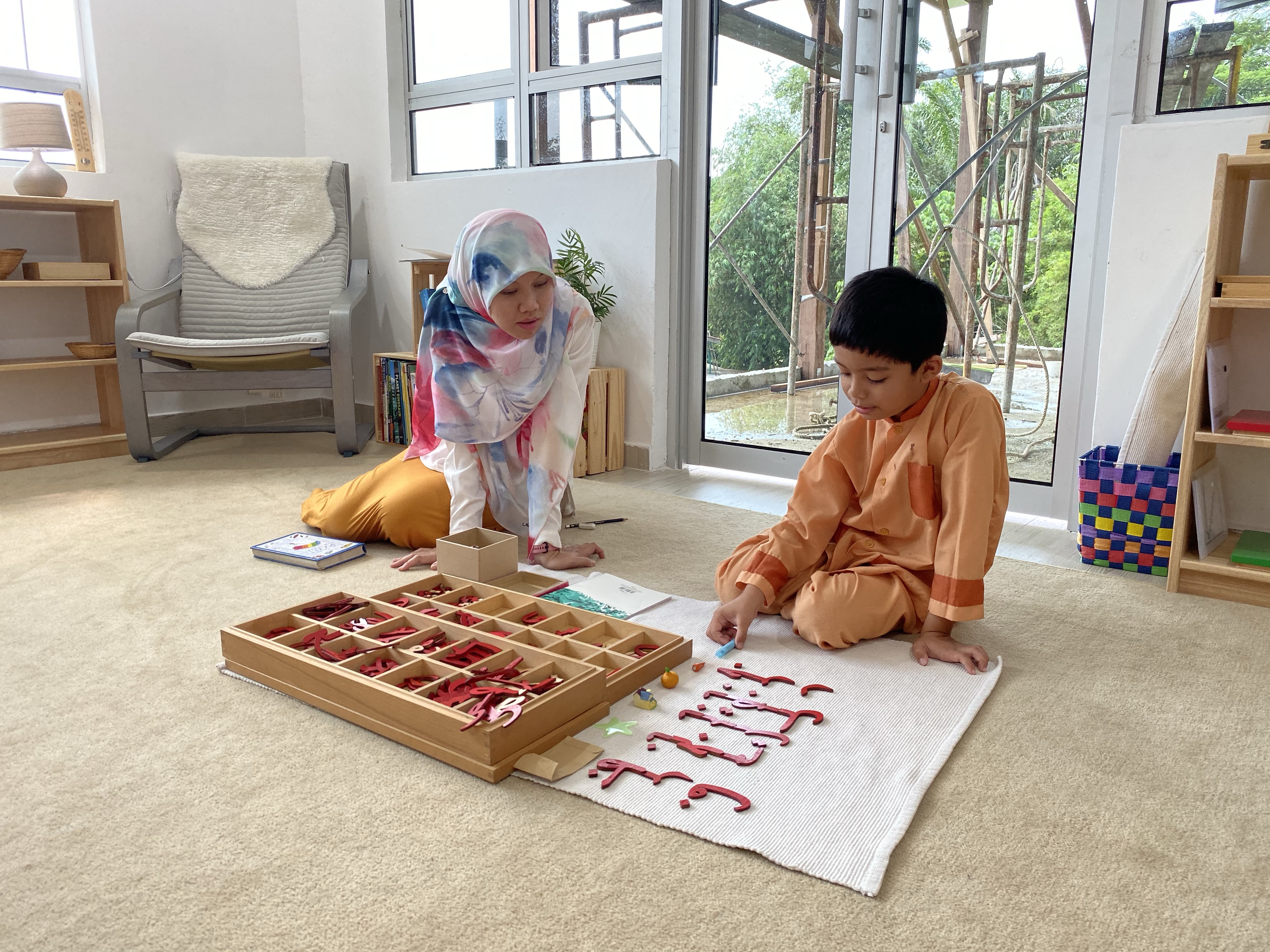 A few months ago I posted this picture on my Instagram, a boy who just turned 7 building words with our Arabic Moveable alphabet. My inbox flooded with questions from people about the material, the curriculum and how this Malay boy is able to easily write the words in Arabic.

I’ve always wanted to have a school where the teaching of Arabic was strong and where the children would love Arabic and be eager to learn more. Arabic has been something I struggled with for years, and even till this day I still can’t manage to read or speak it fluently. I know what it feels like to struggle with Arabic and so I didn’t want the children to go through the same thing. 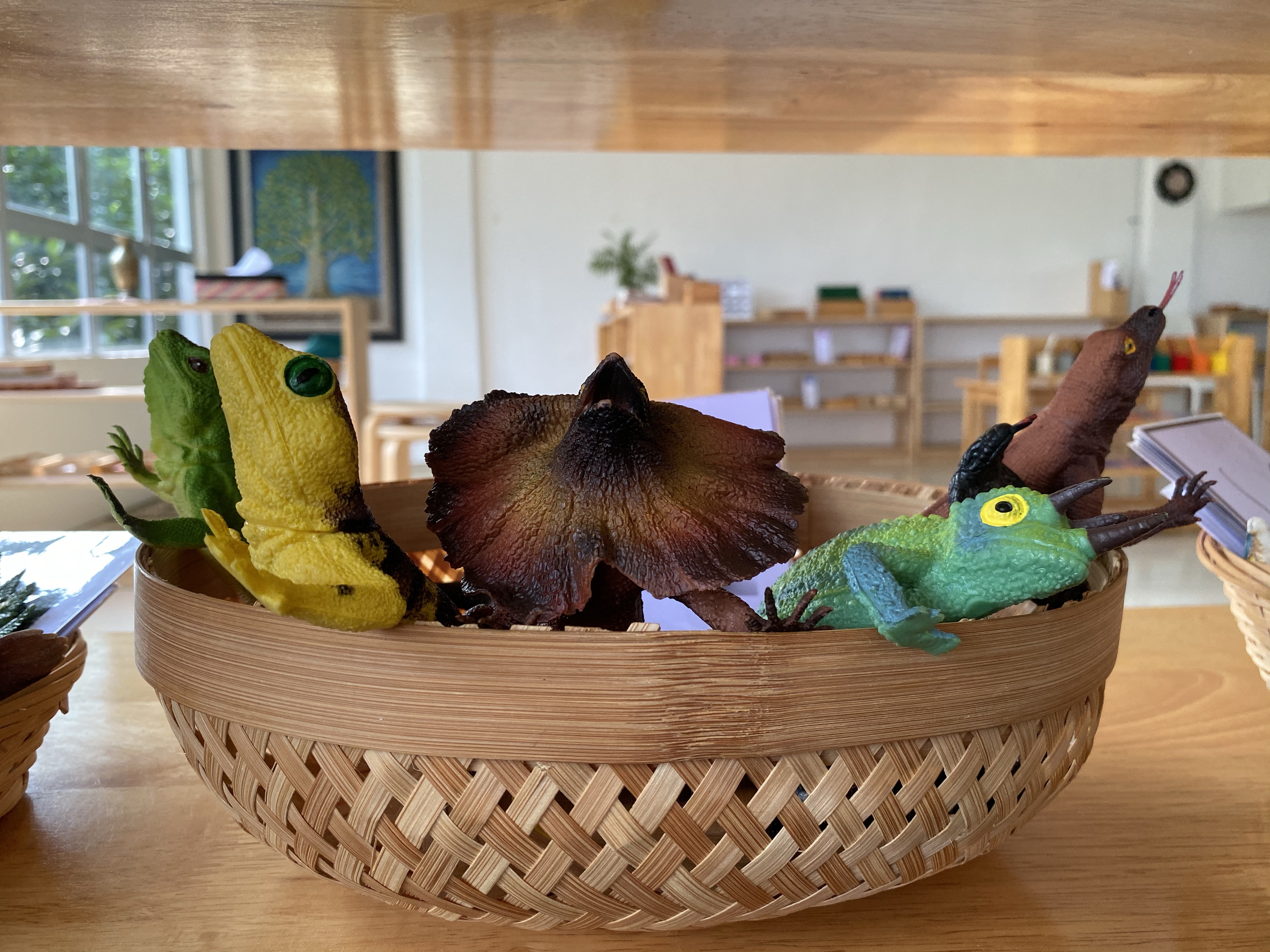 Our Arabic curriculum starts from when the children are 3 years. We have a dedicated teacher who focuses on teaching Arabic during the session. Initially we focus on teaching vocabulary, in my opinion it’s more important that the children understand and talk Arabic, then be able to read it. We use the Montessori Three Period Lesson to expose the children to the Arabic vocabulary. I have linked the three period lesson video at the end of the post for those of you who are interested. 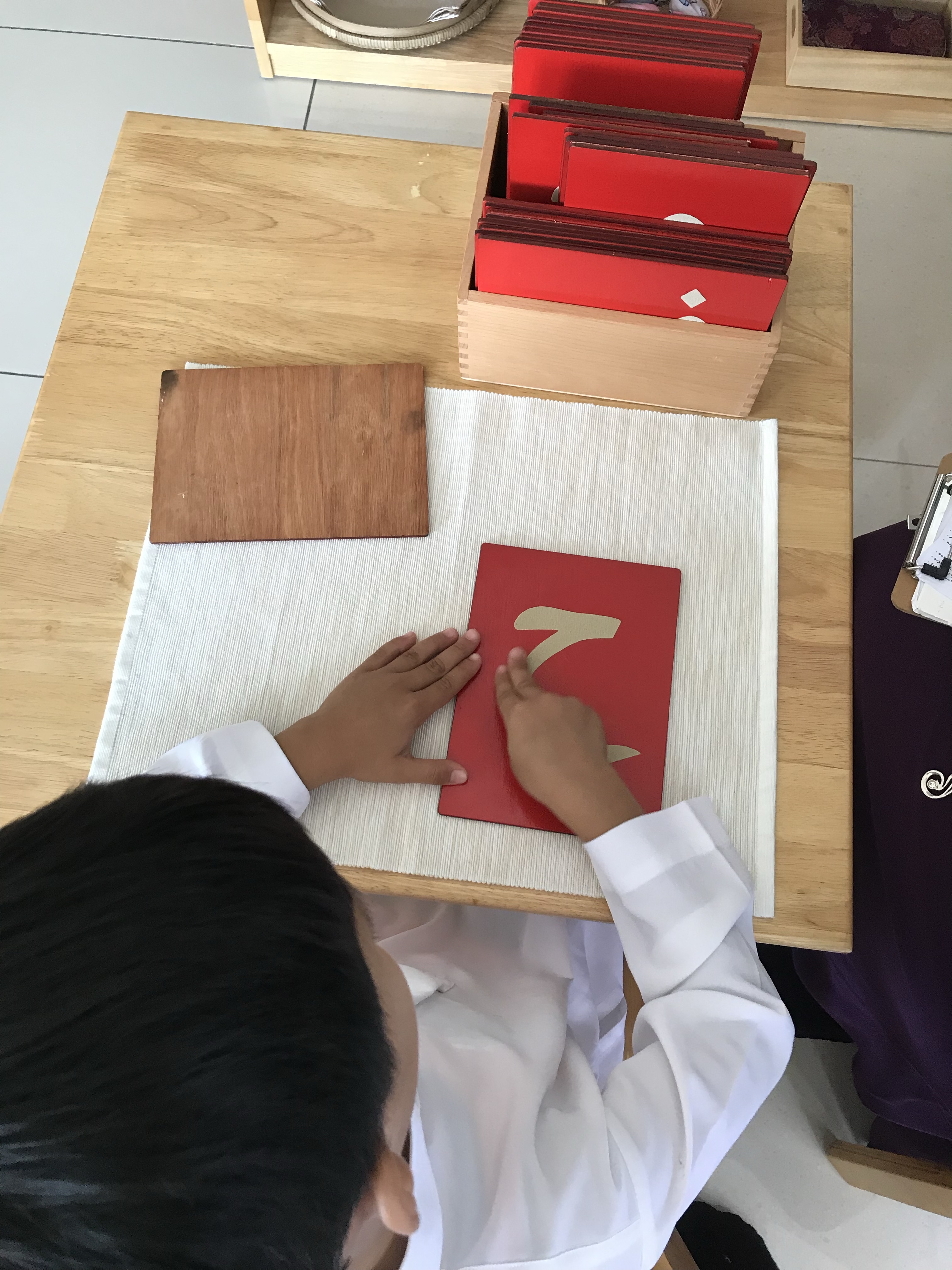 Once the child has built a wide vocabulary and is already reading basic words in their native language we introduce them to the Arabic letters phonetically. I’ll post more about this later.

As the child progresses through the Arabic curriculum, they master both the vocabulary and the letter sounds. Quite naturally they’re ready to put the Arabic letters together to form words. 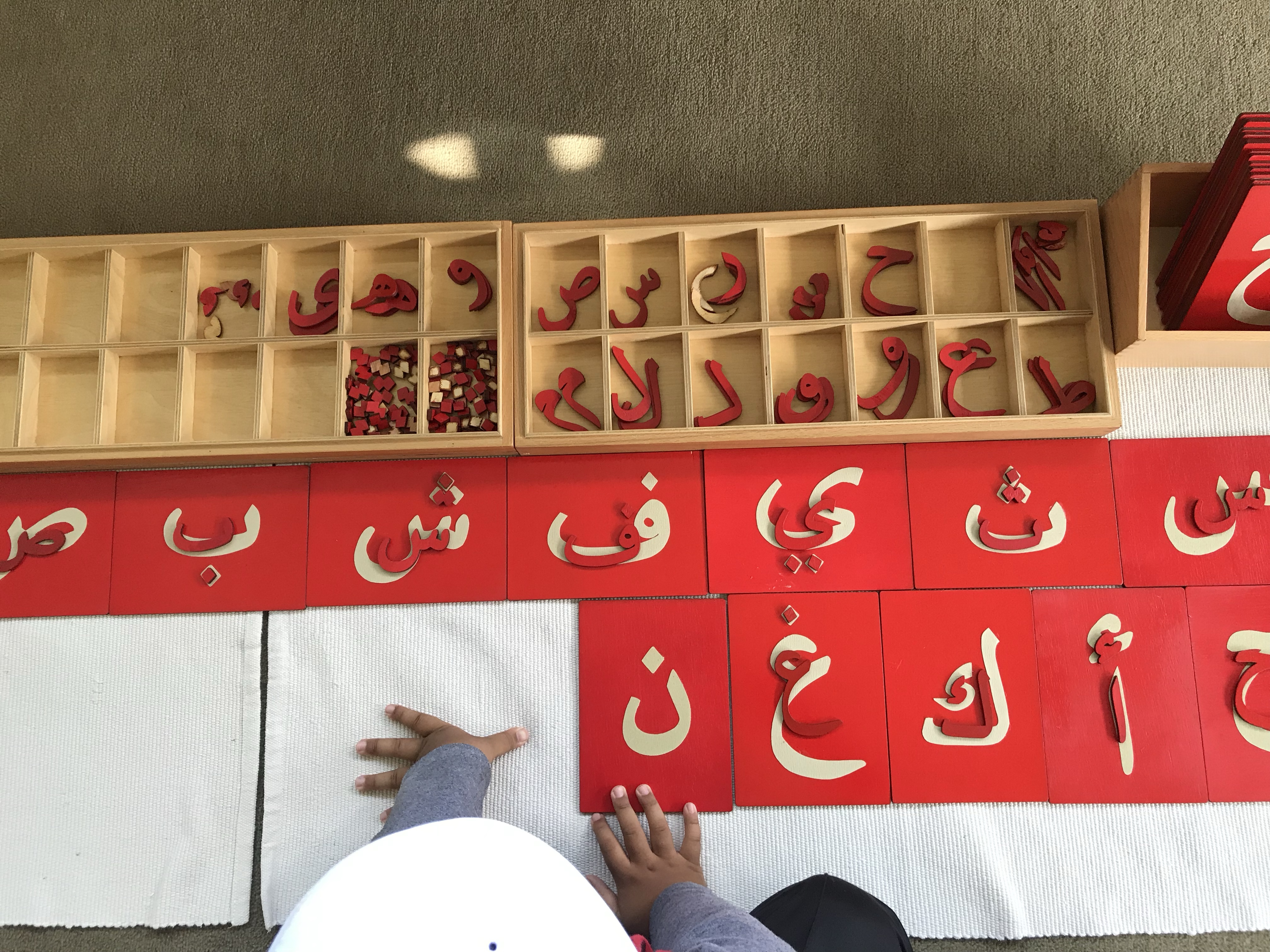 Mastering how the Arabic letters join is something that I found many children struggle with. I purchased a number of Arabic moveable alphabets and found that many children got stuck. So I decided to designed my own moveable alphabet in a way that the children would easily see the joining of letters and build words fluently. And I’m glad to share the letters have been a success 😊.

Now that I know the letters work well, I’m eager to see them in the hands of many other children learning Arabic. I’ve managed to find someone to produce the letters for me and they’ll be ready for sale shortly. And yes I’ve managed to keep the cost super low so that the letters are affordable.

The moveable alphabet will be sold in two sizes and prices are as follows.

88 Arabic letters in red (for each position) please note only one letter is provided for all letters that have the same form, e.g ح خ ج all share the same character.